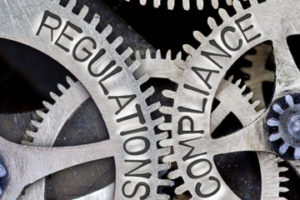 On 17 April, the European Parliament has reported it had approved new rules for protecting whistleblowers. Whistleblowers have played a key role in recent years in shedding light on scandals in a wide range of areas including public procurement, financial services, money laundering and tax evasion, public health, consumer and data protection. However, other wrongful acts might have remained undetected as people often fear that if they report them, they could lose their jobs or be victims of reprisals. Key points to highlight from the new EU-wide standards are:

Individuals will no longer be obliged to internally report breaches of EU law: reporting persons should be able to choose the most appropriate reporting channel depending on the individual circumstances of the case.

The rules are designed to encourage the reporting of breaches of EU law by offering to whistleblowers EU-wide protection from dismissal, demotion, and other forms of retaliation, which are now explicitly prohibited under the new rule (article 19 of the Directive). Whistleblowers will be provided with safe channels through which they will be able to disclose information both internally (to the legal entity concerned) and externally (including to competent national authorities and relevant EU institutions). In situations where no appropriate action is taken after the whistleblowers’ first report, or if there is a believed imminent danger to the public interest, individuals can report the breach publicly and will be guaranteed full protection. Those assisting whistleblowers, such as facilitators, colleagues and relatives will also be protected.

Member states must provide whistleblowers with comprehensive and independent access to information and free advice on available procedures and remedies, including legal aid during proceedings. Financial and psychological support may also be given to whistleblowers during legal proceedings by member states.

To enjoy protection, the whistleblower should reasonably believe, in light of the circumstances and the information available to them at the time of the reporting, that the matters reported by them are true. This is an essential safeguard against malicious and frivolous or abusive reports, ensuring that those who, at the time of the reporting, deliberately and knowingly reported wrong or misleading information do not enjoy protection. However, protection is not lost where the reporting person made an inaccurate report in honest error. To preserve the credibility of the system, the new rules mention criminal, civil, or administrative sanctions against those persons who make a report or public disclosure demonstrated to be knowingly false are also necessary to deter further malicious reporting.

The rules need to be approved by EU Ministers, after which member states will have two years to comply with the rules. Currently only France, Hungary, Ireland, Italy, Lithuania, Malta, the Netherlands, Slovakia, Sweden, and the UK are providing comprehensive legal protection for whistleblowers. Reuters reports that Luxembourg, Ireland and Hungary wanted whistleblowing on tax matters to be excluded from the protection regime, according to EU internal meeting minutes.

Why is this important to you?

Since the Public Interest Disclosure Act 1998, the UK provides protection for whistleblowers, and expect firms to have internal arrangements in place to handle disclosures on wrongdoing. Although this is not a new topic, it is becoming a recurrent key focus from the regulatory space.

Last year, the Financial Conduct Authority (FCA) was subject to criticisms for the soft approach on Barclays Group, which was sanctioned for their sloppy whistleblowing system. The Chief Executive, James Stanley, was fine circa £642,000 for attempting to unmark a whistleblower; however, he was allowed to stay in his position. More recently, news reported the FCA has been criticised for not devoting enough resources to the Whistleblowing Team, which currently employs only twelve people.

Regardless of that, implementing an open culture, with a whistleblowing policy in line with the FCA Handbook requirements (SYSC 18), and a defined process for internal reporting, is likely to be one of the areas of scrutiny in case of a visit from the regulator. And the growing international attention on this topic is also likely to increase pressure at national level.

Should you wish to discuss your internal whistleblowing arrangements, and ensure you are in a compliant position, please do not hesitate to contact us.