Andrew Tinney’s case: a key message in relation to conduct 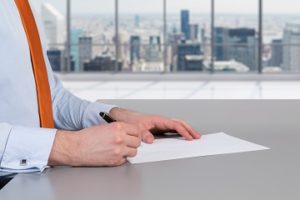 On 16 August 2019, the Financial Conduct Authority (FCA) published its Final Notice for Andrew Tinney (Tinney), a former Chief Operating Officer of Barclays Wealth and Investment Management (Wealth). This Final Notice follows the Upper Tribunal (the Tribunal) decision, which overturned the FCA’s July 2016 decision in relation to a partial prohibition order, i.e. that Tinney not perform any senior management function or significant influence function in relation to a regulated activity.

The Tribunal’s decision raises some concerns as to the type of message sent to the industry.

For background to the decision please see the FCA’s July 2016 Decision Notice.

In making its July 2016 decision the FCA concluded that Tinney had breached Statement of Principle 1, and that he should be publicly censured as well as being banned from carrying out any senior management or significant influence functions in any regulated financial service provider.

Tinney disputed this decision and referred the matter to the Tribunal.

Following a separate hearing on sanctions in March 2019, the Tribunal determined that the appropriate sanction was for the FCA to publish a statement of Tinney’s misconduct and did not maintain the FCA’s submission that a breach of the obligation to act with integrity by a senior manager merited a prohibition order in this case (no consumers were harmed by his failings). The Tribunal reasoned that in the absence of any risk to consumers or the market, an imposition of a prohibition would be disproportionate and referred the matter back to the FCA for reconsideration.

In light of the Tribunal’s Decision, the FCA decided not to pursue the prohibition order.

Surprisingly, the Tribunal stated that:

a lack of integrity does not necessarily equate to dishonesty. While a person who acts dishonestly is obviously also acting without integrity, a person may lack integrity without being dishonest.

To most readers, this reasoning might be unreconcilable with the widely concepts of honesty, truth, and probity.

With the Senior Managers and Certification Regime (SM&CR) to be extended in December 2019 to all FCA solo-regulated firms, the Tribunal’s decision could be seen as controversial as it appears to lower the bar. It definitely begs a question about how integrity should be considered when assessing someone as fit and proper? The FCA Handbook in FIT identifies assessing their honesty, integrity, and reputation as first of the three most important considerations.

With the implementation of the SM&CR a firm’s governance and controls have become critical to the FCA. Taking a healthy approach to culture and to the promotion of suitable values and behaviours, as well as leading the tone from the top are key components of the new regime. Members of the board and senior managers should include this on their to-do list, keeping in mind that the FCA would expect ethical considerations to be linked to commercial decisions and profitability strategies.

If you require any assistance with the implementation of the SM&CR or if you wish to discuss culture related aspects of your organisation, please do not hesitate to contact us.