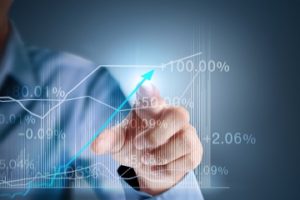 The European Securities and Markets Authority (ESMA) has agreed to renew the restriction on the marketing, distribution or sale of contracts for differences (CFDs) to retail clients, in effect since 1 August. The renew extends the temporary for a further three-months from 1 November 2018, through to February 1, 2019. The renewal includes:

In relation to this last point, ESMA has acknowledged that CFD providers have experienced technical difficulties in using prescribed risk warnings due to the character limitations imposed by third party marketing providers. Therefore, ESMA has agreed to introduce an additional reduced-character risk warning, which will be allowed only in cases where the standard terms of a third party marketing provider have a character limit which prevents the full risk warning from being used.  However, this abbreviated risk warning:

may only  be used if the advertisement also contains a link to a webpage on the provider’s website containing the full risk warning.

ESMA will publish an official notice on its website and then the agreed measure will be published in the Official Journal of the EU. An updated version of Q&As on ESMA’s measures on CFDs and Binary Options has been published to provide clarification on the application of the temporary measures in relation to rolling spot forex: question 5.12 confirms that rolling spot forex products are in scope.

With a Notice dated 21 September 2018, ESMA also confirmed the extension of the prohibition of marketing, distribution or sale of binary options to retail clients for an additional three months, starting from 2 October 2018.

It appears that, although it was the intervention measures were only recently applied, their effects are already tangible. According to recent news in the industry, in fact, some leading CFDs firms have reported material reductions in month-on-month revenues, which many attribute in part due to a low market volatility but also to the regulatory restrictions. There is no publicly available data from which one could determine whether retail investors are trading less or are simply trading with unregulated brokers or those located outside the EU. The FCA has not made any further public comments on the restrictions or their impacts.