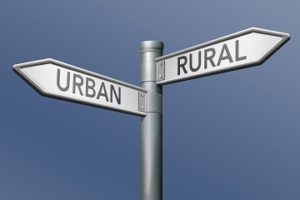 The Financial Conduct Authority (FCA) has today published the latest analysis from its Financial Lives Survey 2017 on the financial situation of people across the United Kingdom and highlights where in the UK people may be more vulnerable. The survey, which is split into fifteen geographic areas across the UK is based on nearly 13,000 face-to-face and online interviews conducted between December 2016 and April 2017, and it reveals a wealth of information about different types of consumers and their differing experiences of financial products and services. The survey is part of the FCA’s commitment to serving the public interest by improving how financial markets function and how firms conduct their business.

The survey provides a wealth of information. The analysis shows that there are differences in how people in different parts of the UK, including rural and urban areas, experience financial services, such as:

This report paints a picture of the financial situations of people in the UK, highlighting the pronounced demographic variations such as age, employment, household income and health. The picture of mortgage debt reflects the differences in house prices and incomes. Findings show that people in rural areas are more likely to own their own home, are less likely to have a credit or loan product, but are more likely to show characteristics of potential vulnerability, as compared with people in urban areas. Despite potential vulnerability levels being higher in rural areas, there is a greater proportion of adults ‘in difficulty’ in urban areas. Potential vulnerability refers to those adults who may suffer disproportionately if things go wrong, because they have low financial resilience; or to those who may be less able to engage with their finances or with financial services. The reasons for this can vary from suffering a recent life event (such as redundancy, bereavement, or divorce), low financial capability, or a health-related problem that affects a person’s day to day activities a lot.

In the UK almost three in five (62% or 31.5 million people) adults aged 18 and over are in work. Full-time employees account for 68% of those in work, part-time employees account for 19%, and the self-employed for 13%. More than one in five (23%) UK adults are retired. 88% of UK adults have some form of educational attainment, with two in five (41%) having a higher education qualification, and one in seven (15%) having a higher or postgraduate qualification.

A lack of confidence in the financial services industry and the belief that financial firms are not honest and transparent is pervasive across the UK.

Financial services firms should read the report and consider how they could contribute, in terms of better supporting vulnerable consumers or of reverting the trend of distrust in their services. This would be an advantage for both consumers and the services of the industry as a whole.