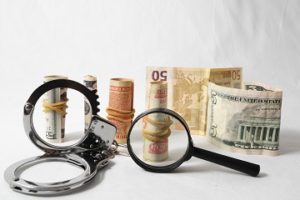 The FCA has published its first annual financial crime survey of over 2,000 UK firms, across the financial sector, following their first financial crime return (REP-CRIM), an initiative launched in 2016. It gives a collective view of the activity being undertaken by firms in the UK to combat financial crime across financial services. The report and its analysis cover four key areas:

The REP-CRIM data, which is provided annually for the previous 12-month period, allows the FCA and firms to acquire robust figures on financial crime, and to have a view on issues with often profound social and economic impacts. Data in the report comes from larger firms that are subject to FCA anti-money laundering regulations. Smaller firms, with an annual turnover below £5 million, are not required to submit the return).

The following points were noted by the FCA:

These numbers are an important milestone in the fight against financial crime, which is extremely hard to measure, inevitably resulting in an intelligence gap. Through this report, it is recognised that much of the direct threat to customers from financial crime has moved online, with phishing and identity theft cited by firms as the most widespread fraud risks they now face.

Financial firms reading the FCA’s analysis should ask themselves what they are doing to comply with FCA’s expectations on financial crime prevention, and how they are contributing to the “battle” to make criminals’ life harder in the use of the financial system for their own aims.