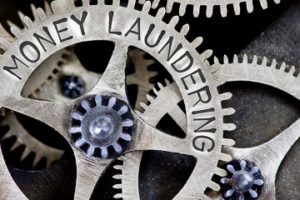 The Financial Conduct Authority (FCA) has today published a Decision Notice in respect of Mohammad Ataur Rahman Prodhan, the former Chief Executive Officer (CEO) of Sonali Bank (UK) Limited (SBUK), fining him £76,400. Sonali Bank is a large bank in Bangladesh, with 6 branches in the UK, offering banking services to the Bangladeshi community in the UK, including money remittance services to Bangladesh.

The Decision Notice reflects the reasons for the FCA’s decision to fine Mr Prodhan £76,400 for acting without due skill, care, and diligence and for being knowingly concerned in a breach by SBUK of its obligations to maintain effective anti-money laundering (AML) systems (breach of the Statement of Principle 6 for Approved Persons). In October 2016, the FCA already acted against SBUK, imposing a financial penalty of £3,250,600 and a restriction in respect of accepting deposits, and against its former MLRO, who was fined £17,900 and prohibited from performing certain controlled functions.

As part of a thematic review, the FCA visited SBUK to assess its AML systems and controls in July 2010. The following month, the Authority notified SBUK of several serious concerns, for which SBUK agreed to implement measures intended to rectify these issues. In written communications with the Authority, SBUK’s senior management committed to ensure that financial crime issues were given closer attention in the future.

Mr Prodhan was appointed the CEO and company secretary of SBUK in April 2012. In the FCA’s view, between June 2012 and March 2014 – despite the Regulator and the Internal Auditors’ warning on governance and transaction monitoring processes – Mr Prodhan failed to take reasonable steps to assess and mitigate the AML risks arising from a culture of non-compliance among SBUK’s staff. The FCA considers that he failed to ensure that there was sufficient focus on AML systems and controls within SBUK, as well as a clear allocation of responsibilities to oversee SBUK’s branches. The FCA also considers that he failed to appropriately oversee, manage and adequately resource SBUK’s Money Laundering Reporting Officer (MLRO) function, fostering a culture which was resistant to changing methods of business in accordance with changing requirements. Consequently, SBUK’s operational staff failed to appreciate the need to comply with AML requirements and the MLRO function was ineffective in monitoring their compliance, leading to systemic failures in SBUK’s AML systems and controls throughout the business.

Mr Prodhan has referred this Decision Notice to the Upper Tribunal (the Tribunal) where he and the FCA will each present their cases. This action is therefore not definitive. The fine was calculated as 30% of the Mr Prodhan’s income for the relevant period and no discount was applied. Nevertheless, it emphasises the FCA’s focus on preventing and combating money laundering and financial crime, which are essential to maintaining the integrity of the UK financial system.

The message to the industry is that CEOs, and senior managers, should keep in mind that they retain the responsibility for ensuring the proper establishment and maintenance of effective AML systems and controls within their firm. This is not only the MLRO’s responsibility. Senior managers must be sufficiently well-informed about the AML risks affecting their business, must devote appropriate oversight and line management support to the MLRO, and if the case, also challenge the MLROs’ periodical reports. It is imperative that they are familiar with regulatory and compliance matters and it would be good practice for them to be amongst the first to complete the annual AML and Compliance training. There is a clear expectation that a CEO commits to compliance with all necessary regulatory requirements, setting the tone from the top for a firm’s culture and imposing a duty on employees to adhere to this culture, values, and ethical standards.

The new SMCR regime, which comes into effect in December next year, is meant to ensure that responsibility is not thinly diffused so that it can be readily disowned. The regime will provide a clear framework for the FCA to take enforcement measures against individuals when issues occur. The case of Mr Prodhan can be seen as an indication of how similar situations will be approached in the future by the Regulator.

To ensure you reach a fully compliant position in time and to understand how the requirements apply to your firm, please do not hesitate to contact one of our consultants.