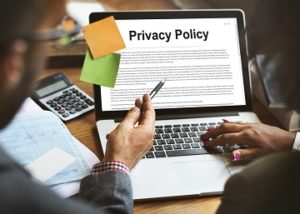 The ICO has recently published a commentary about the review of 30 UK websites in several sectors, finding that privacy notices are often too vague and generally inadequate. The main concerns identified include:

The review of the UK websites was part of an international examination of notices, communications and practices of 455 websites in sectors like retail, finance and banking, travel, social media, gaming and gambling, education and health. The study called the 2017 GPEN Sweep has been conducted by the Global Privacy Enforcement Network (GPEN), an international network of data protection agencies, with the cooperation of 24 international data protection regulators. Overall, GPEN concluded that:

Organisations need to be more open, honest and transparent in their online privacy notices about how they handle people’s personal data. Adam Steven from the ICO commented “There is significant room for improvement in term of specific details contained in the privacy communication”.

Food for thought: with the GDPR coming into force soon, it is critical for organisation to re-think of their practices in relation privacy communications. People need to be properly informed about what happens to their data once it has been collected and how they can control their information online, and organisations need to make sure they properly inform users on how to do so.