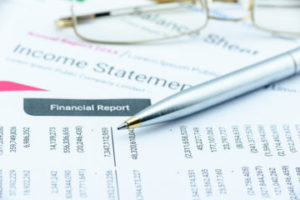 It has been six months since the Senior Managers and Certification Regime (SMCR) became applicable to solo regulated FCA firms and although the movement of employees is less than it would normally be, due to the coronavirus, we have received a number of queries specifically around regulatory references.

Regulatory references are a big part of the SMCR, but they are not as straightforward as references under the approved persons regime, as they are lengthy, requiring more in-depth information.

When giving regulatory references, firms should also consider the legislation in relation to employment references and ensure that the references are true, accurate, fair and that they are based on documented fact.

Who needs a regulatory reference?

SYSC sets out that reference should be provided ‘as soon as reasonably practicable’, which in practice means within six weeks – bearing in mind that in the case of Senior Manager positions, the requesting firm should receive the reference no later than one month before the end of the process to apply for the SMR function with the FCA.

What is in the reference?

In general, most of the information to be provided is relatively straightforward, but clear processes and procedures will make the gathering of information easier in practice, as the main requirement here is that the receiving firm should provide all of the information required as set out in SYSC 22 Annex 1R. Firms should follow the template as a guide to what needs to be included, and the onus is on the firm that drafts the reference to ensure that all of the information is included. The template provides the minimum requirements; firms can include supplementary and additional information, as long as that information is accurate. The firm may give frank and honest views, but only after taking reasonable care both as to factual content and as to the opinions expressed. fact. An example of the general duty described is that fairness will normally require a firm to have given an employee an opportunity to comment on information in a reference. The firm might do this through, for example, disciplinary proceedings.

The reference must disclose completed disciplinary action taken against the individual within the previous six years – but incidents that began before the six-year time limit should be included if they ended within the previous six years. So, for example, action taken for a breach of the conduct rules that began in 2020 and ended in 2021 would need to be included in a reference requested in 2027. It is worth remembering that for ‘serious matters’ there is no six-year limit. It is up to the receiving firm to decide what counts as ‘serious’, but the firm should consider whether the requesting firm is likely to need to know the information to properly assess the candidate’s fitness and propriety to perform the function, as a guide. Firms can include information about mitigating circumstances and can include positive views of the individual – for example when reporting a breach of the Conduct Rules, a firm can note that that breach was uncharacteristic and use an otherwise unblemished record as supporting evidence.

Requiring references to be updated

There is a continuing obligation on SMCR firms to revise a regulatory reference that they have given in the past six years where they become aware of matters that would cause them to draft that reference differently if they were drafting it again. Updates are likely to concern findings of breaches of fitness and propriety and concluded breaches, in the previous six years.

In practice, this is likely to be limited to circumstances where possible misconduct comes to light after an employee has left the firm, and that firm subsequently concludes that misconduct and a breach of the relevant rules or standards have occurred.

How we can help

It is a regulatory requirement to complete any references in relation to an ex-employee, so if you receive a reference and you are unsure on how to proceed or would like us to review your current policies and procedures, please do get in touch.