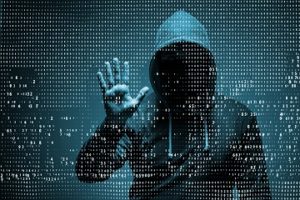 The National Crime Agency’s UK Financial Intelligence Unit (UKFIU) has published its Suspicious Activity Reports Annual Report 2019 covering the period from April 2018 to March 2019 and it contains some interesting if not surprising data.

During the period the UKFIU received and processed a record of 478,437 Suspicious Activity Reports (SARs) and saw 52.7% in requests for a Defence Against Money Laundering SARS (DAML SARs).

Even though only less than 4% of DAML SARs were refused, more that £131m was denied to criminals as a result, an increase of 153.7% on the previous year when only £51.9m was restrained.

The introduction of Account Freezing Orders and the extension to the moratorium period enacted by the Criminal Finances Act 2017 (CFA), is believed to be the reason for the significant increase in funds restrained during this reporting period.

SARs continued to be used in HMRC civil and criminal investigations for identifying potential cases, or enhancing/providing additional information for ongoing ones. As a result of DAML SARs:

Other items of note:

The pattern of reporting is changing, with the number of reports from lawyers and accountants remaining low, and an increased reporting from banks and fintech companies. The UKFIU is working to develop a better understanding of these sectors and undertake targeted outreach.

The report does not provide an explanation for the increase in reporting. This could be a result of the growing regulatory burden and pressure on financial institutions and professionals to file SARs, in terms of individual criminal liability for not doing so, as well as to some vagueness and complexity in the definition of key terms. These factors could lead to a higher volume of defensive and over-cautions reporting.

The Home Office is leading the SARs Reform Programme as part of the wider Economic Crime Plan that it published in July 2019. This reform includes better information sharing with supervisors and ensuring confidentiality of the SARs regime, as well as the SARs IT transformation, which is considered crucial in achieving a manageable workflow on a sustainable basis, dealing with the increased volume in SARs.

Should you require any assistance in better understanding regulatory requirements and expectations, please do not hesitate to contact us.