An update on Brexit and the implications for Financial Services 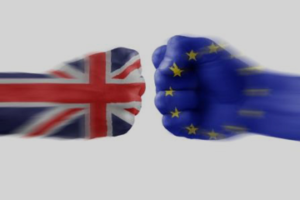 This week we’ve summarised two critical events related to Brexit and have highlighted some possible implications for the financial services sector.

The Publication of the European Union (Withdrawal) Bill

On the 13th of July, the Prime Minister and the Department for Exiting the European Union have published what has been colloquially termed ‘The Great Repeal Bill’, a misnomer since the bill seeks to transpose the existing body of EU law into domestic legislation, that is, apart from the Charter of Fundamental Rights. Further, it seeks to reduce the standing of European Court of Justice precedents, to below that of the UK Supreme Court. But, and most controversially, it seeks to bestow Ministers of the Crown the ability to amend certain legislation without scrutiny, for two years, if they perceive an urgent need to do so.

It is not clear how such derogations of EU law could be reconciled with the requirements of a free trade deal or passporting rights for financial services firms. However, this bill is unlikely to make it through both Houses of Parliament in its current state due to the government’s slim majority and opposition from the devolved legislatures in Wales and Scotland. It is likely that opposition to this legislation will push for a ‘softer’ Brexit which is more likely to entail passporting rights or equivalence of regulation for the financial services sector and perhaps even submission to the jurisdiction of the European Court of Justice.

On the 7th of April Mark Carney, Governor of the Bank of England, wrote to hundreds of banks, insurers, and other firms directing them to submit, in no more than twenty pages, contingency plans for a ‘Hard’ Brexit and how they will fare if such an eventuality were to occur. The deadline for this request is today, the 14th of July.

It is likely the responses to Mr Carney’s requests will be utilised as further ammunition by both ends of the political spectrum in seeking to justify their vision of a post-Brexit UK. However, we can be certain that the feedback to the Bank of England isn’t likely to be overtly positive due to multiple firms already establishing subsidiaries or moving personnel on to the continent.