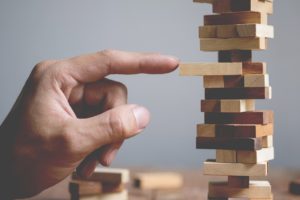 The Financial Conduct Authority (FCA) has released its most recent report concerning their efforts and plans to tackle money laundering in the financial services sector. Listed below, are three points of interest:

The FCA summarised its approach to AML Supervision as consisting of three pillars. The first consists of proactive supervision for firms presenting the highest risk in combination with visits to randomly selected low risk firms to ensure the FCA’s risk profiling of these firms remain valid. Second, a reactive and responsive approach to emerging risks as dictated by their risk appetite. Third, and lastly, the pursuit of thematic projects or issues that impact many firms.

In seeking to reduce the number of ‘defensive’ SARs, the FCA has been lobbying for and investigating several proposals to improve the regime. Two such proposals include the exploration of some level of centralised transaction monitoring which would entail greater communication between banks and law enforcement thus reducing unnecessary reports. Another proposal seeks to lower the threshold required for firms to be able to share information, concerning clients, with one another. This would have the purpose of giving greater information to MLROs and increasing the utility of their reports to the National Crime Agency.

Looking to the future, the FCA plans to establish an Office for Professional Body AML Supervision (OPBAS). This office will oversee the efforts of various professional bodies including the Chartered Accountants in England and Wales, the Solicitors Registration Authority, and the Association of Taxation Technicians. This initiative will expand the FCA’s work but encourage various professional associations to harmonise their efforts on AML to those of the financial services sector. OPBAS is stated to be coming into operation by the end of 2017.