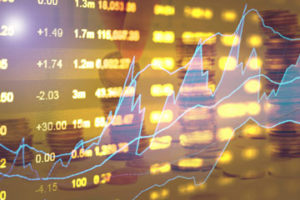 The European Securities and Markets Authority (ESMA) has formally adopted a range of product intervention measure on the provision of contracts for difference (CFDs), including rolling spot forex and financial spread bets, and binary options to retail clients.

These measures have been published in the Official Journal of the European Union (OJ) today. They will start to apply from 2 July 2018 for binary options and from 1 August 2018 for CFDs and will apply as follows:

Binary options (from 2 July 2018) – a prohibition on the marketing, distribution, or sale of binary options to retail investors.

CFDs (from 1 August 2018) – a restriction on the marketing, distribution, or sale of CFDs to retail investors. This restriction consists of: leverage limits on opening positions; a margin close out rule on a per account basis; a negative balance protection on a per account basis; preventing the use of monetary and non-monetary incentives; and a firm-specific risk warning delivered in a standardised way, including the firm’s retail clients’ percentage of losses.

These intervention measures, which have been adopted under Article 40 of the Markets in Financial Instruments Regulation (MiFIR), have been published in all the official languages of the EU and they will remain in force for a period of three months from the date of application. Before then, ESMA will review the measures and consider whether to extend them for a further three months.

Attention should be paid to Article 3 of ESMA’s Notice where it is confirmed the prohibition to participate, knowingly and intentionally, in activities the object or effect of which is to circumvent the restrictions, including by acting as a substitute for the CFDs provider.