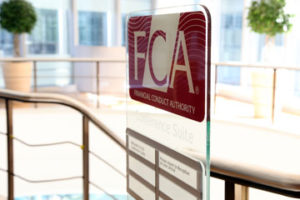 On 12 March 2018, the Financial Conduct Authority (FCA) published a Discussion Paper (18/02) about Transforming Culture in Financial Services, a set of 28 essays by industry leaders and academics, that discuss what “right” culture in a firm might look like, the role of regulation and regulators, and how firms might go beyond rules and standards to achieve real culture change. It is argued that there is no single right culture, but factors that healthy and ethical cultures have in common. The FCA identifies four main drivers to measure culture in a firm: the firm’s purpose, its leadership, the approach to rewarding and managing people, and governance arrangements. Performance-based financial incentives can make it harder even for someone with a strong moral to comply with an honest and ethical mind-set. To think about culture and regulation two fundamental concepts are emphasised: the role of leaders in managing culture and the individual accountability. It is factual that senior managers play a critical role in driving culture and should be held accountable for failures in this (with the tone from the top); but it is also true that everyone influences the culture they are in, regardless of their level or job title.

“Culture in financial services is widely accepted as a key root cause of the major conduct failings that have occurred within the industry in recent history, causing harm to both consumers and markets. “(…) “Understanding the dynamics of culture facilitates progress, but firms’ behaviour will only transform for the better if change is chosen rather than imposed. A focus on culture is the responsibility of everyone in a firm. It should be a collaborative effort, by all areas and at all levels.”

Firm’s culture, its impact on individuals and on their trust in financial services, are key for the FCA and this cross-sector priority has been formalised in the Business Plan for 2018, recognising the clear link between poor culture and poor conduct. At this stage, the FCA is not requesting a formal feedback from firms to the Discussion Paper but is asking them to consider how they can effect change in their organisations by:

The FCA is using the Senior Managers and Certification Regimes (Accountability Regime) to create positive cultural changes in the financial service industry. The responses to two consultations launched in 2017 ~ one on the expansion of the regime across the entire industry, whilst at the moment it only applies to deposit takers (CP 17/25); and a second one on individual accountability, and how authorised firms and individuals will move to the new regime (CP 17/40) ~ are currently under review with Policy Statements expected by summer 2018.