Women in Finance: Still a Long Way to Go 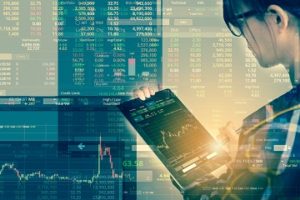 On 22 March 2018, Megan Butler, FCA Executive Director of Supervision – Investment, Wholesale, and Specialists, delivered a speech at the Women in Finance Summit held in London. The following is a summary of the speech with some key points for reflection.

Ms Butler initially stated that she feels optimistic about the possibility of a positive change towards a more diverse, open, tolerant and learning culture within financial services. However, the figures reported during her speech suggest that optimism may not be warranted.

Only around 13% of FCA approved individuals in trading firms are women. This figure rises, slightly, to 16% in investment management, 18% in retail banking and 19% in general insurance. The FCA itself has reported that its senior leadership team is 36% female with a gender pay gap of 19.28%. The UK’s average gender pay gap is 18.1%, in the financial services sector it is 37.4%. Some banks have reported gender disparities of around 50% for wages and 80% for bonuses and other institutions are releasing even worse data.

It is a fact that women as investors reliably outperform men by 1.1%, with lower risk and volatility. It is known that mixed-gender investment fund teams attract 6% more inflows than teams run solely by men. A strong female presence at board level translates into significantly higher Return on Equity (RoE) for firms. Still, firms with monocultures suffer 24% more governance-related issues than their peers. Diversity seems to be fundamental to business success and to the reduction of failure.

At the end of March this year the FCA published a Discussion Paper on transforming culture in financial services, to promote a discussion on the essential features of a healthy culture within financial services, in which the pursuit of diversity in the workplace is a prominent component. Ms Butler informed the audience that a FCA female supervisors had recently been addressed a ‘little lady’ by a senior leader from one of the UK’s biggest banks. Would a change in culture prevent similar episodes from happening in the future? If so, when?

On 6 February the UK celebrated 100 year anniversary of the Representation of the People Act 1918, seen by many as a monumental step towards women’s suffrage here in this country. According to Ms Butler, on current trends, financial services globally will not reach 50% female executive committee representation until around 2107 – two hundred years after the first suffrage march on Parliament here in UK.

The solution cannot only be targeting percentages of women in managerial positions, it must be a process that starts from the top and embraces every level of the organisation. The FCA itself has signed up to the Women in Finance Charter, a series of recommendations on how to improve board diversity. Currently there are 205 firms on the list of signatories. Ms Butler said the regulator is targeting 45% of its senior leadership team as female by 2020, and 50% by 2025.

Firms should be prepared to be asked the following questions by the FCA Supervision team in relation to their gender diversity policies:

Positive answers would benefit firms, consumers, and society in general.